We live in the era where in order to create one, we are destroying something else which is present naturally. But our ancestors are more of nature-friendly than us, they were very sure not to disturb nature. Today we are destroying a large area in order to create temple but in the olden days, our ancestors used to refine the available resource into a Temple. One of the such a great examples is our Rockfort Temple located in Trichy, which is standing tall as a king holding temple for Lord Shiva & Lord Ganesh.

The Rockfort is a historic fort and temple complex built on an ancient rock. It is constructed on a 273-foot high rock, geologically the 83 m high rock may consisting of nearly 450 steps date to over one billion years ago. The Tiruchirapalli Fort has been deemed as one of the oldest architecture in the world considering the history of this place which dates back to almost billion years ago. This is one of the important Landmark in Trichy which is located at the heart of the city which is the heart of Tamil Nadu. This temple stands as an example of great architecture during the Chola period. This Rockfort temple is constructed in such a way that it gives the shape of Lord Ganesha in different positions in a different angle.

This Fort played a main role during the king period. During king rule in the battle, the army would come to the top of the fort to get the view of the enemy force. From the top, one could get the clear view of the city. The king has craved a secret cave (Pallava cave) passage in the rock during Pallava period. 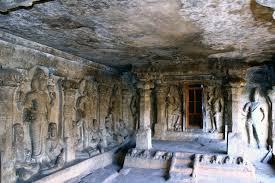 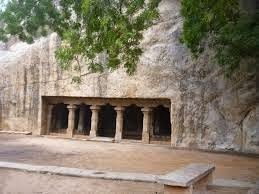 It is said to end in Thanjavur and this passage is used by kings during battle times to escape from enemies. This fort has witnessed fierce battles between Madurai Nayakas and Bijapur, Carnatic and Maratha forces. The fort played an important part during the Carnatic wars, helping lay the foundations of the British Empire in India.

The Temples in Rockfort

There are two main temples in Rockfort dedicated for Lord Shiva & Lord Ganesha. The Thayumanavar Temple is dedicated to Lord Shiva, which is located in the middle of the Rockfort, it has a single stoned huge Shiva Lingam encrypted on it. Mythologically the name itself describes the importance of this temple. Here Lord Shiva is believed to bless his deity as a caring mother ( Thai – Mother, Anavar – being). As per our mythology, a woman in a family way at other ends of river Cauvery is expecting her mother for her delivery in last trimester. With river Cauvery flooding, the mother prayed to Lord Shiva and he takes the shape of the woman and reached her daughters home and helped her in delivering the baby. Later when the actual mother arrives and expresses her inability to reach on time due to floods, everyone is amused. Then they realize the Almighty has blessed the girl as a Caring Mother (being a man – he takes a role of mother) 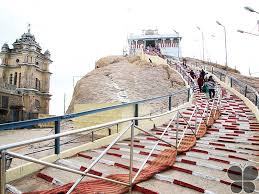 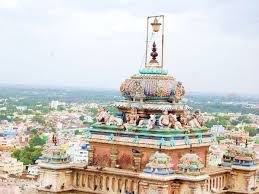 A few steps above it on the top of the Rockfort is Lord Ganesha’s Ucchipillaiyar temple. Mythologically this rock is the place where Lord Ganesh ran from King Vibishana, after establishing the Ranganathaswamy deity in Srirangam.

In Trichy, this is one of the most important places to visit. This is one place where devotion meets the entertainment, so people from all ages love to come to this temple. Climbing up to the top of the Fort lets you witness a spellbinding view of the town. The view from the top ucchi pillaiyar temple is wonderful, with eagles wheeling beneath and Trichy sprawling all around. On the sides of the path to ucchi pillaiyar temple, there are rocks where one can sit and relax. The rocks are most loved by the younger generation and the Photography lovers, as this rock gives what they want. 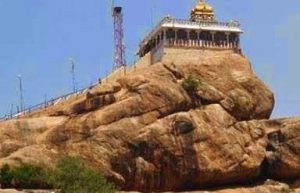 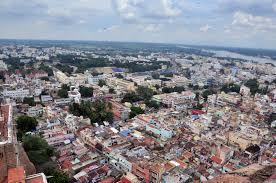 This is just about one single temple in Trichy, each temple has their own stories and lots of interesting facts. A visit to this ancient temple will definitely leave you in awe of the creativity of our ancestors. This is just a small example of how we can create something new without disturbing something which is actually present.

Let’s LOVE NATURE, NATURE WILL AUTOMATICALLY LOVE US BACK.

The 90 Minutes Of Breath, Belief And Turning The Corner

The stadium is shined with a lot of people and fireworks, waiting for 90 minutes game, Oh I’m sorry not...

The world has evolved into a state where working hard is the only way to be competitive enough to live...