I’m not an avid Facebook user, I don’t like to journal my life, I don’t starve for likes & comments, I’m not that active in social media. But I do update status occasionally, check-in, share pics, used Facebook to announce my friends, family and acquaintance the life moments. I do provide access to other websites, web apps, mobile apps by “Login with Facebook, Google, LinkedIn, Twitter”

As a digital marketer I’m very much aware that Facebook, Google and other social media companies use to collect, store, analyse & sell my data to advertising companies and that’s how their business model is. You can’t expect anything free from this world and no business affords to give you free too.

If you are not paying for it,

you’re not the customer;

you’re the product being sold.

Its all started with Cambridge Analytica, a British political consulting firm that worked for the Trump presidential campaign in 2016 allegedly used data harvested from about 50 million Facebook users to target US voters ahead of the presidential race.

In response to that controversy, many Facebook users from different parts of the world are joining the #DeleteFacebook movement. And it got momentum when the co-founder of WhatsApp Brian Acton announced on Twitter “It is time” with #DeleteFacebook hashtag in his tweet.

Elon Musk joined the #DeleteFacebook movement by taking down the official pages for two of his companies Tesla & SpaceX. A quick search on #DeleteFacebook on Twitter reveals the support for the movement.

Facebook Chief Executive Mark Zuckerberg apologised over a “breach of trust” with a full-page advertisement in newspapers. 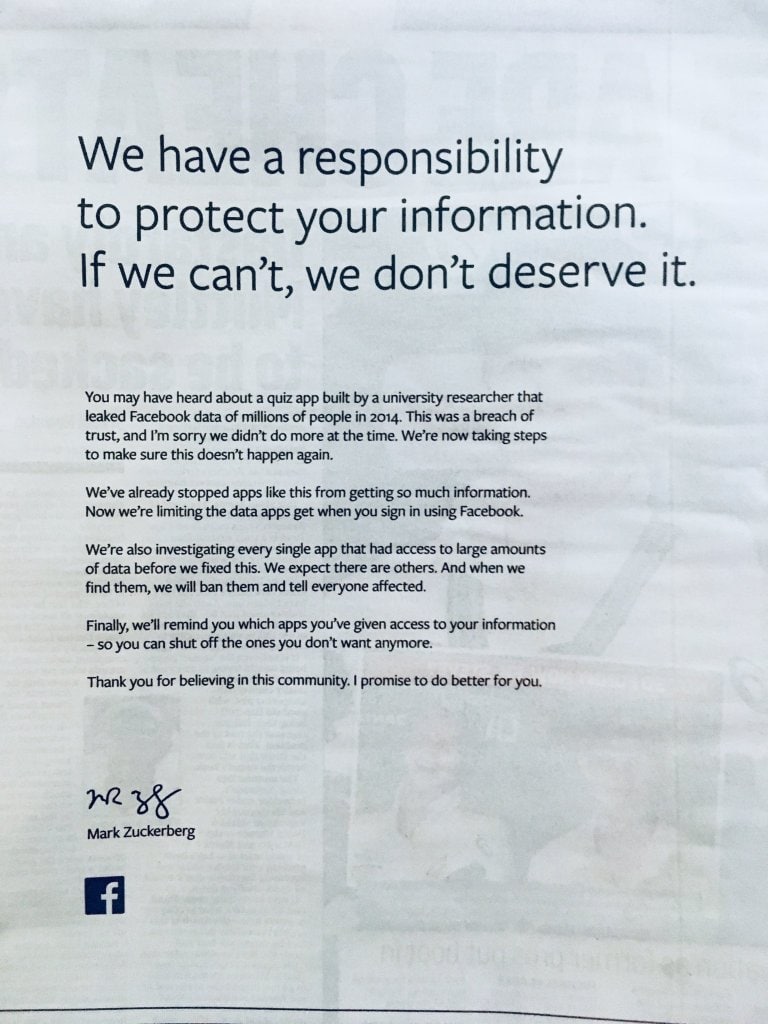 With a quick workaround, you shall find how much informations Facebook has collected from you. https://www.facebook.com/help/131112897028467.

Want to know how much informations Google store about you, click these links.

I had a chat with few of my friends about privacy,

Their immediate response is

I agree we people in India have limited concerns on privacy, copyright, piracy, third-party distribution licence,… We are in a country where our Aadhar card details with linked accounts are being exposed easily, Prime Minister Narendra Modi app is sending the user data to third-party US server. Congress party’s INC app is sending the data to Singapore server. Handful Chinese apps and phones are sending data to Chinese servers. Most of the Indian websites and apps(including my websites) are hosted on the server outside the country.

It is also believed that Cambridge Analytica was involved in past Indian election and has reached both the BJP & the Congress for 2019 general elections.

I strongly believe that the internet companies should have their limits to advertising and should not decide & control the political leader of the country.

A Day Of A Digital Marketing Executive At Internest Agency

Is Digital Marketing A Boon Post COVID-19 Pandemic? Are you still wondering how marketers are going through the hardest times...